Do you own a home?

Prepare for profit. Download our top tips on how to get the highest and best price when selling.

Do you own a home?

Prepare for profit. Download our top tips on how to get the highest and best price when selling.

Brunswick West is a suburb of Melbourne, Victoria, Australia, 6 km north from Melbourne's central business district. Itslocal government area is the City of Moreland. At the 2011 Census, Brunswick West had a population of 13,148.

Brunswick West adjoins Parkville to the south, Moonee Ponds at the Moonee Ponds Creek to the west, Pascoe Vale South and Coburg along Moreland Road to the north, and Brunswick along Grantham, Pearson and Shamrock Streets to the east. Parts of the suburb also borders the Tullamarine Freeway.

Brunswick West is primarily a residential suburb with some light industry. 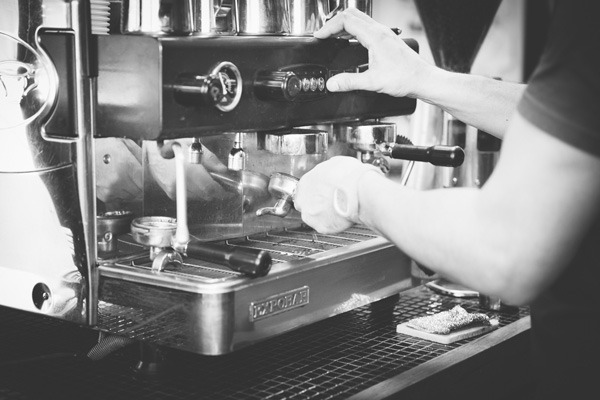 Tram route 58 provides the main north-south link through the suburb and to the City, with a route that runs along Grantham Street, Dawson Street and Melville Road.

There are several bus routes on the main east-west streets:

For cyclists, many streets have cycle lanes and the suburb also adjoins the Moonee Ponds Creek Trail to the west, and the Capital City Trail to the south.

The largest area of public open space is formed by the reservations along the Moonee Ponds Creek, which run adjacent to the Tullamarine Freeway. Dunstan Reserve, in the suburb's north, has two ovals, and there are several smaller reserves distributed evenly through the residential area.

Brunswick is a suburb of Melbourne, Victoria, Australia, 6 km north of Melbourne's central business district. Its local government area is the City of Moreland. At the 2011 Census, Brunswick had a population of 22,764.

Approximately four kilometres north of Melbourne CBD, it has a southern border with the suburbs of Princes Hill and Parkville, the boundary being Park Street. To the east Brunswick is bordered by Brunswick East, the boundary being behind Lygon Street and Holmes Street; to the north it is bordered by Coburg, along Moreland Road, while the western border with Brunswick West follows Grantham, Pearson and Shamrock Streets.

Brunswick's main thoroughfare is Sydney Road, which runs north-south as the continuation of Royal Parade and which several kilometres north of Brunswick becomes the Hume Freeway.

Brunswick is designated one of 82 Major Activity Centres in the Melbourne 2030 Metropolitan Strategy.

The area is among the best-served by public transport in Melbourne, with Jewell, Brunswick and Anstey stations serving the suburb, on the Upfield railway line. In addition, there is tram route 19, which travels to Melbourne University and the City along Sydney Road, tram routes 1 and 8, which travel along Lygon Street, tram route 55, which travels through Royal Park and to the City from nearby West Brunswick. Tram route 96 travels down Nicholson St to the City in nearby Brunswick East.

Brunswick itself is relatively flat and is ideal for cycling. Brunswick East is bounded by the Merri Creek Trail; and Brunswick West by the Moonee Ponds Creek Trail, though neither of these can be described as flat. The Upfield Bike Path follows the Upfield railway line from Fawkner, through Coburg and Brunswick, joining the Capital City Trail at Park Street. Streets in Brunswick vary, from too narrow for two cars to pass to reasonably wide. Many of the wider streets have cycle lanes, though riding on these lanes, like the narrower streets, often means riding close to parked cars, presenting a significant hazard to cyclists from opening car doors.

Commercial activity is mainly centred on Sydney Road and Lygon Street in neighbouring Brunswick East. While separated from the tourist strip in Carlton northern Lygon Street has a substantial number of restaurants. Barkly Square is Brunswick's major covered shopping centre, located on the east side of Sydney Road, close to Jewell railway station, though there are a wide variety of supermarkets to be found all along the Sydney Road strip.

The main areas of open space in Brunswick are on its western edge, comprising several recreational areas that almost combine into a single space: the Alex Gillon Oval, Raeburn Reserve, Brunswick Park, Clifton Park and Gilpin Park. These areas are separated by Victoria and Albert Street. The remaining open spaces within Brunswick are small to tiny-sized 'pocket parks' and reserves. The most notable are Temple Park, Warr Park and Randazzo Park, the latter having won awards for its contemporary landscape design. The southern edge of Brunswick faces directly onto Royal Park and Princes Park, which are large areas of regionally-significant open space in the suburbs of Parkville and Carlton North. Though not actually within Brunswick, there is good access to the Merri and Moonee Ponds Creeks, which are linear open spaces with bike paths along them, in Brunswick East and Brunswick West respectively.